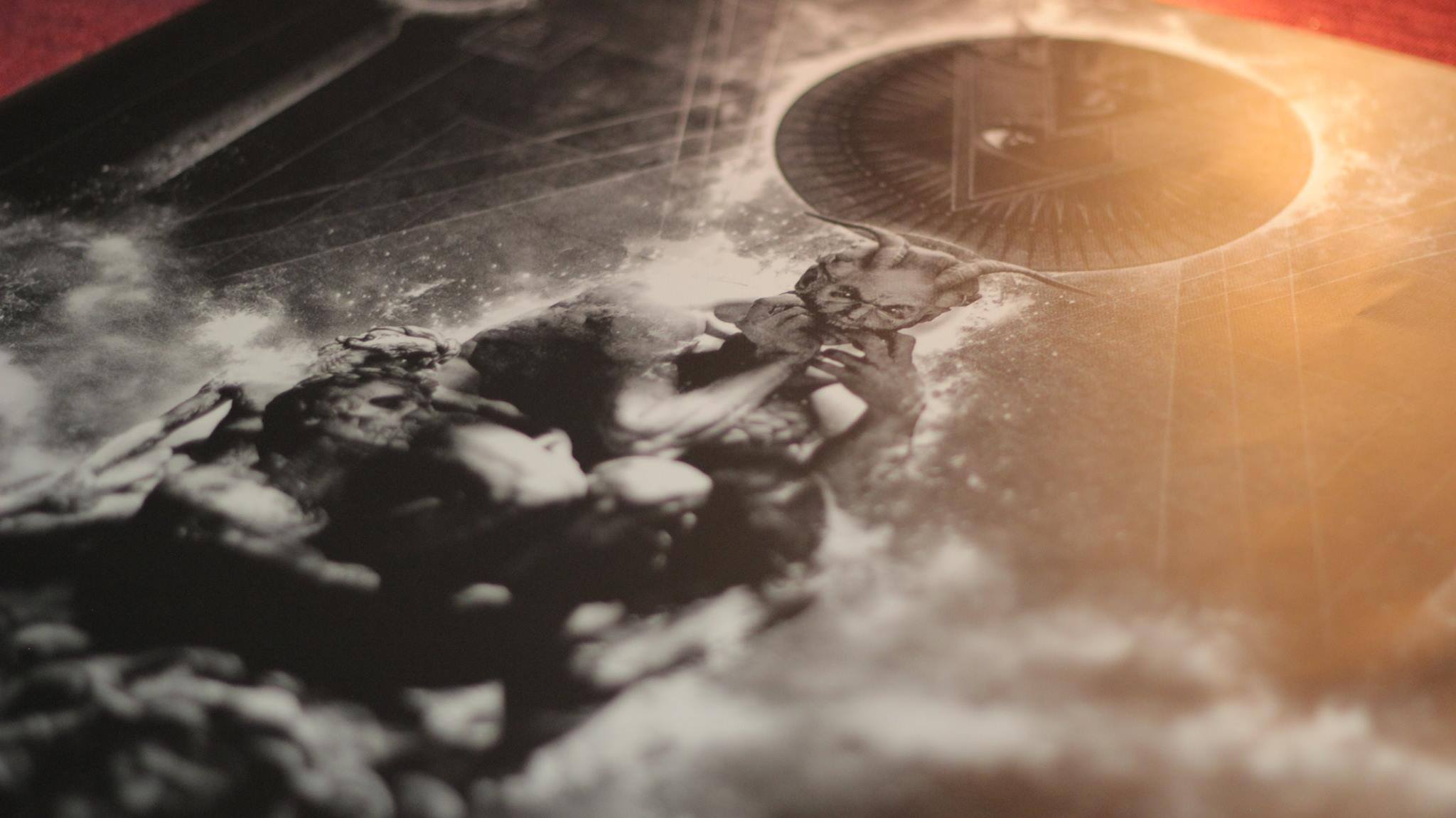 Nestor thank you for giving me this interview! You’re one of the busiest artist around these days and I’m actually really loving your short videos showcasing your work. Can you share what inspires some of your best work?
First thanks to you Mona, and all the people who decide to support this artistic project.

My inspiration it’s everything, love, hate, joy and sadness, beauty and ugliness. But with the time the most powerful influence turned and focused into Magick, the Artes, principally into the Left Hand Path, the crooked one, a new world was revealed to me into a pretty difficult time in my life, matter of life and death, Magick brings another sense to this finite journey into the material reality, gives a connection with something bigger, divine, something beyond the boundaries created by men.

Something where everything it’ll return.

There is a depth behind your work.. your quote within one of your descriptions of yourself is, “A soul that constantly walks in the exile of the world of men” – “I’m sure there’s an audience out there curious of your background within the Artes. Would you mind unveiling some of who Nestor Avalos is, you’re much of a mystery.
Well, the phrase explains itself in the same phrase. I’m a regular man, like everybody else, I think that people who decides to walk into their own path created by their own REAL CONVICTIONS always, always have a frontal confrontation with the world created by men, their social conditions in life, this infusion of the obscenity of apathy, their patterns about how to live, how to feel, how to love, how we could being considered worthy into the brainless mass; this confrontation gets harder and painful making a wound in this this fragile part of our human condition (feelings) , creating by moments emotions of weakness, loneliness, sadness, misunderstood, etc; emotions that confronts yourself against your own integrity.

But this is when the development of consciousness of your being ( the I ) and the discernment that exists another higher energies, planes, universes of possibilities waiting to being created in our hands, turns dramatically the awns of our perception, developing the strength to reborn from the ashes and walk once again into your own path that lead us into the unknown.

It’s when magick, knowledge, wisdom and devotion turn into the mechanism to create this force, this fuel, the fire that empowers us above matter.

Artist are identified by their technique and style, but with many within the artes working with the various book authors, this may be altered to collaborate with the message within the book yet your work seems to remain consistent. Please correct or agree…
Totally agree – It’s quite hard to represent, manifest in a graphical way “the message” that the book, the writers and the forces into these needs to be developed correctly for the lector or practitioner, and this of course influences the technique applied in the art.

But always I try to keep a certain style in the art piece that makes the difference among this enormous world or magnificent artists that inspires and challenge me to being better, something that could yell – ey¡¡¡ it’s a Nestor piece of art!

Many don’t realize that art is multi-dimensional, it’s not about the medium/media presented far more beyond that. In fact there is an element of art that many authors haven’t even touched. What are you ultimately conveying in the works in Nestor Avalos within the Black Artes?

This project started in a rediscovery of my own being, at the beginning it was just a hobby ( a primitive act of blasphemy and liberation), but in one point of this journey became a compromise acquired with my devotion to “that” (my own personal believes).

Every piece has their own personality, their own characteristics that makes them unique, and personally I want that the art speaks by itself, entities represented speaks by themselves, messages and symbolism in the art must be decoded by the spectator, the meaning has to be different for each person, and act of communion between them, like Alan Moore said in his documentary “The Mindscape of Alan Moore” –

It could be the small push to jump into the fire, leaving their fear behind.

Projects? Projects, Projects, Project! I know you’re in Mexico Nestor, I didn’t ask how well your path within the darker artes is received…and with that what can you share with the world the project of tomorrow?
I cannot say that the Mexican society accepts very well a different way to express your own spirituality even that we are in the 21th century, so I try to maintain a low profile but internet could say the opposite because now everything it’s public jejeje…. I’m working right now in a trilogy with the amazing writer Matthew Wightman for the editorial house Aeon Sophia Press also with Gilles De Laval with the same editorial house – recently saw the light the book Sebitti: Mesopotamian Magick & Demonology Introduction by Michael W. Ford where I collaborate with two pieces in this work, also the re-edition of the Pillars: Perichoresis by Anathema Publishing and one commissioned art paint for my dear brother Edgar Kerval, it’s what I could consider new into the editorial world.

Also I’m making some print editions for sale, hope and in a non distant future concrete the clothes line and look for some editorial house interested in edit a book of my art, who knows….

Thanks for the interview – all my gratitude to you and the people who gathers into this black flame’s spark.

LIVE IN CHAOS / BURN IN FREEDOM